Hank Lim and his wife, Sun Kim, grew up in Atlanta, but when the couple decided to open their own restaurant, they chose Charlotte to start the new venture. Atlanta felt saturated with Asian cuisine, says Kim, and when they visited friends in the Queen City, they noticed an opportunity.

“We decided Charlotte might be a good market to start something,” she says.

Lim had been working as a sushi chef in Atlanta for six years when the two made the move in early 2002, opening their first location of Sushi 101 Noodle & Sushi Bar at Parktowne Village, near the intersection of Park Road and Woodlawn Road. Two years later, in 2004, the couple opened their second location at Promenade on Providence. At the time, there were few Asian restaurants or sushi bars in that part of south Charlotte. 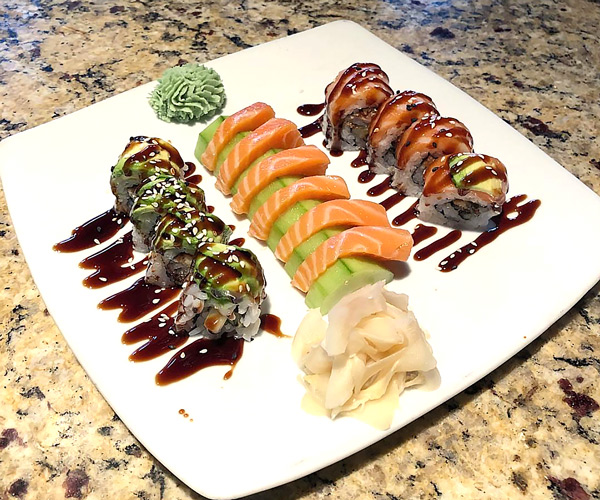 “He wanted to be the first to open up in that area,” says Kim of her husband. “He knew that was a growing part of Charlotte.”

The family-owned restaurant has been going strong ever since, serving a wide variety of specialty rolls and nigiri for sushi lovers to enjoy. Customer favorites include the Professor Vu roll (a shrimp tempura and cream cheese roll topped with avocado, tuna, crab salad and scallions), the Panhandle (tuna, aioli and tempura crunches topped with avocado, yellowtail and Sriracha) and the Dragon roll (crab and avocado roll topped with tuna, salmon, avocado and eel sauce).

The menu also includes a couple of locally inspired rolls, such as the Panther roll (snapper tempura topped with salmon and eel sauce) and the Ballantyne roll (shrimp tempura, smoked salmon skin and tempura crunches topped with tuna). 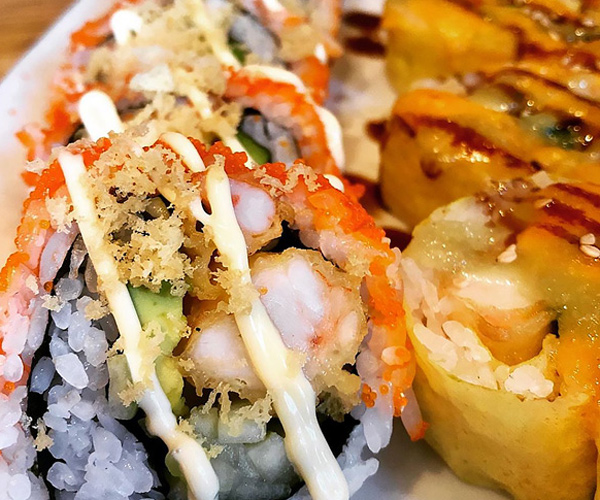 Sushi 101 has more than just sushi, however, as the restaurant offers grilled, breaded or fried yakitori and a number of Japanese dinners, including teriyaki beef, chicken, pork or seafood served with steamed rice and vegetables. Sushi 101 also offers three styles of noodle bowls, which are often a hit with less adventurous diners (a.k.a. children).

“We have something for everyone,” says Kim, who adds that the family-owned restaurant prides itself on offering fresh, quality Japanese fare at a reasonable price.

Jan Pugh, who oversees property management at Promenade on Providence for Childress Klein, says Sushi 101’s reputation and its following has made it one of the retail center’s most beloved and longest tenured restaurants.

“Sushi 101 is one of our anchor restaurants at Promenade, no question,” says Pugh. “Fifteen years is a long time in the restaurant industry, and they’ve done it through consistently high-quality food and great customer service.” 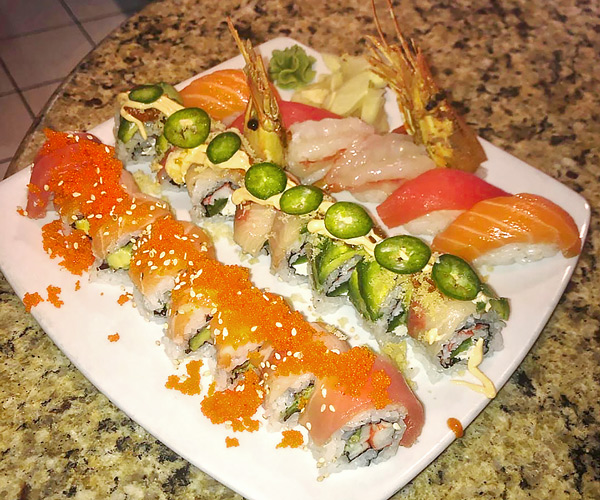 The walls of Sushi 101 are decorated with works for sale from local artists (the restaurant doesn’t take a cut of any of the sales), and Kim says that their two locations have been compared to Cheers, the TV sitcom bar, because of the loyal regulars who keep coming back.

“We love being part of that south Charlotte community and seeing those friendly faces every time they come to dine with us,” Kim says. “Opening at the Promenade was a very good move for us.”